But I'll be damned if I didn't tell ya so.

​ Rewind the clock to February 26th. It was a sunny day... COVID was just around the corner, people were still french kissing, sharing straws at basketball games, and working in offices. ​ I had a guest on my podcast named Stu Iverson. And he predicted something that nobody had ever heard of...but is now a big deal.

​ What is a clout kitchen? It's a play on the phrase "cloud kitchen"

The idea didn't exist at the time, but it sounded reasonable. After all - you have Bobby Flay's Burger Bar, Gordon Ramsay's Hell's Kitchen etc.. ​ So the idea of a celebrity slapping their name & face on a restaurant is not new.

But nobody had done this with a virtual restaurant (cloud kitchen) yet.

And then a few weeks ago, a YouTuber named Mr. Beast (48M Subscribers) surprised everyone by launching Mr Beast Burger in TWO HUNDRED LOCATIONS overnight. His companion app hit #1 on the app store charts, and he did over $15M+ in revenue in 48 hours.

MrBeast partnered up with a company most of you have never heard of - Virtual Dining Concepts ( VDC ) to pull this off.

VDC is the brainchild of Robert Earl (CEO of Planet Hollywood) and their business model is to license the names & faces of influencers, and then handle all the food stuff. They have:

VDC goes into cities, and finds restaurants that have extra capacity to produce orders for them. So basically, they find a mom & pop burger joint, and they send them a tablet that will print orders that come in for Mr Beast for them to fulfill. ​ They give the restaurants some branded packaging, so to the end customer, it looks like it came from "MrBeast Burgers" instead of the local burger joint.

For the restaurant - they get to a little extra money (which is helpful, especially during COVID), since they already have the staff & ingredients just sitting around.

​ ​ How Much Money Does This Make?

I asked a buddy who works in the industry to help put together a spreadsheet. He agreed as long as I keep his identity confidential. ​ Here's the napkin math for Clout Kitchens

​ Of course some of these assumptions are off (eg. maybe he has a more favorable profit share, or maybe some locations are duds)

**A word from our sponsor!** That's right, our newsletter is blowing up baby (2x'd last month!) and we have our first sponsor. My rule for sponsors is that it HAS to be a product I genuinely use and love, otherwise they can kick rocks.

This week it's Mercury - modern banking built for e-commerce businesses. I use them for the ecom store my wife started, and it's effing great. Super easy to sign up & send payments online from anywhere in the world.

​ Integrates with shopify, amazon, stripe paypal etc.. and there's no fees for anything except wire transfers. check'em ou t if you're looking for a better bank for your ecom business

OK back to it.. let's talk about the

Risks, Challenges, Aka The Bad Stuff

Now it's not all rainbows and sunshine.

The day they launched, the network got slammed with so many orders, deliveries were 2-3 hours late, and they had a ton of refunds.

​ And since every restaurant is different, every burger is different...which is a nice way of saying - quality control is gonna be a bitch here.

And the biggest risk of all - this was a great marketing stunt, but will customers retain? 14 days later, will you choose a Mr Beast Burger or will years of seeing the Jack in the Box guy on TV pull you back when you want a burger?

1) You will see a WAVE of branded cloud kitchens in 2021. Burritos, Burgers, Salads, Juices, Bubble Tea, Ice Cream etc.. Food is something every one of your fans love, so you'll see more social media stars doing this. (eg. if Dave Portnoy doesn't do a "one-bite pizza" chain, he's leaving $50m+ on the table.. Dave, call me!)

2) A bunch will fail. This happens anytime there's a gold rush. Who cares. Some will survive and become the next big name chain (eg. the next pizza hut will be a cloud kitchen, probably backed by an influencer)

3) This is not the first time influencers slapped their name on a product to make money:

and it won't be the last... the next place for influencers to turn their fame into fortune is going to be....digital art! (i'll explain in a future post if you're interested!) 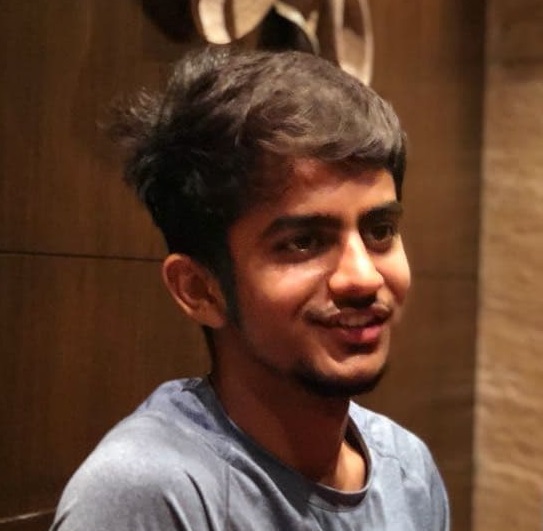